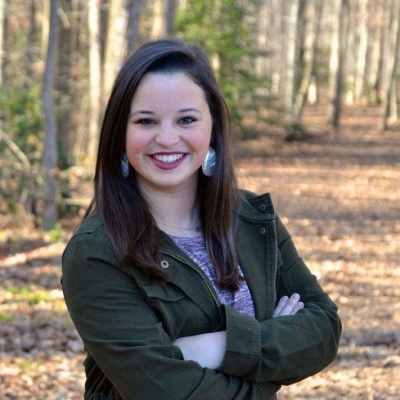 An opportunity to direct a philanthropic event on campus led Gloria Berry to change her major to strategic communications with hopes of pursuing a career in nonprofit work.

Berry started her college career majoring in elementary education. However, after organizing a softball tournament for her sorority that raised over $40,000, she switched her major to strategic communications to focus on event planning and nonprofit work. Through her major courses, she has found a love for the agency environment and now plans to work for a digital marketing firm after her graduation.

“I had an internship with the St. Jude Children’s Research Hospital in the summer of 2017, and it was amazing,” Berry said. “I enjoyed all of it, but I really loved the digital marketing side of my internship more than the fundraising event planning side of it.”

Her love for the campaign development both in and out of the classroom led her to pursue a digital marketing career. The opportunity to create campaigns for a variety of challenging clients became her favorite part of the classwork. Outside the classroom, her community involvement gave her the chance to strategize and make a campaign for a cause she cares deeply about.

Her involvement ranges from being the vice president of community service of a national Panhellenic sorority to the executive director of St. Jude Up ‘til Dawn event this year.

“I was very involved my freshman year, but I wasn’t involved within my major,” Berry said. “I didn’t get involved until my junior year, and I wish I had gotten involved earlier. I think as an underclassman, everyone is afraid of competing with seniors in organizations, but I think seniors are actually more willing to help.”

Her involvement has given her multiple networking connections for her future career. As the vice president of the Association of Women in Communications, she has been able to network with the club members and people in the field.

Berry has had two internships this year and has had the chance to participate in digital marketing workshops at MarketCrest, LCC in McKinney, Texas, where she practiced press releases, wrote social media postings and strategized for a variety of clients.

“I think SMSC does a great job by having a modern degree,” Berry said. “They continuously change the classes and programs to fit with the actual job after graduation. For example, in advanced PR writing we are redesigning a website, and that’s something I would do for a client. I think they do a good job of staying up with the times and having a diverse degree because all of the students are going in different directions.”