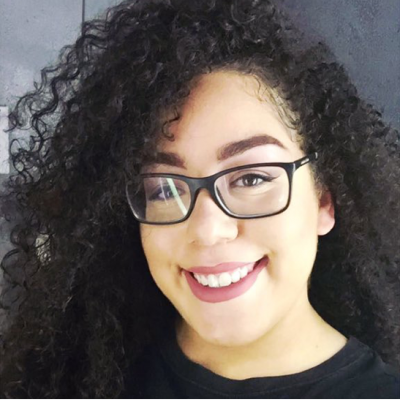 The School of Media & Strategic Communications at Oklahoma State University has a national reputation.

“My high school teacher told me his alma mater had a fantastic journalism school, and he wasn’t wrong,” Tianna Hairston said. “I am from Boston and had to do a lot of research on this university if I was honestly going to consider moving 1,600-plua miles and, it was the SMSC program that brought me to Oklahoma State.”

Working for a major corporation while in school is an advantage over the competition.

“I had the opportunity to work together for the New England Sports Network as well as the Boston Red Sox with a portfolio of my work that was mostly done in the classroom,” Hairston said. “The work I have done with organizations here at Oklahoma State set my resume apart from the rest and is crucial to get jobs in higher markets.

“It is also good to know what you learn in the classroom is applied in the future.”

Students might not realize how much of an impact class projects have on their college career.

“Shane Hoffman’s class was one of the best classes I have taken,” Hairston said. “I would have to say the feature story project [was most impactful].

“It was my first time doing a feature, and my group traveled about three hours and captured 45 minutes of footage that we ultimately used only 20 seconds of. [It] was infuriating to me, but it was one [hell of a] shot, and it brought the story together allowing us to tell this man’s story, and that made it all worth it.”

SMSC clubs and organizations are opportunities for hands-on experience and real-world challenges.

“Get involved,” she said. “I have been a part of the Association for Women in Sports Media, which connected me with new people. I have also helped on sets for OStateTV and Pioneer Media.”

Being a freshman at a new university that is more than 1,000 miles away from home isn’t as dire as it seems.

“Don’t be afraid of the future, and don’t be upset if things don’t work according to plan,” Hairston said. “Everything in time falls into place, and you will make deadlines.”

“The ultimate goal is to have my own and operate a free form radio show for female sports fans and women in sports media,” Hairston said. “The hope is to have the show nationally syndicated and maybe picked up by a TV station.”