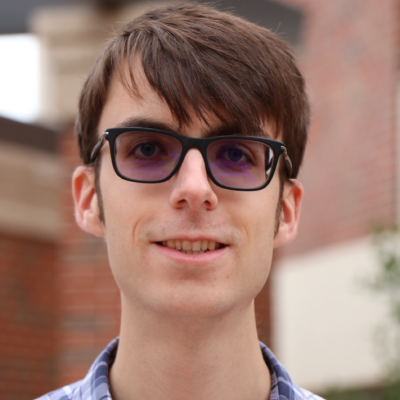 Doug Thompson is able to embrace his love of sports through the School of Media & Strategic Communications.

He is a perfect example of how SMSC offers many opportunities. It can be a challenging search to find the right university. On top of that, there are many majors.

“During my search in high school, it became very apparent that SMSC was going to allow me to be my own person and seek out the opportunities that I wanted,” Thompson said.

Throughout the years, Thompson has become involved. He is the vice president for the Association for Women in Sports Media, a support and advocacy group for women pursuing a career in sports media.

“We were recently designated as the top student chapter in the country for 2017,” Thompson said. “It was a very exciting experience to be a part of."

For four years, Thompson has been the production assistant at Orange Power Studios, which is the in-house video production company for the Athletic Department. He also works with TV-31, a local television station in Stillwater.

“I try to do a multitude of things outside of the classroom to better prepare myself for the future,” Thompson said.

Two years ago, Thompson was the videographer for Camp War Eagle. He filmed the activities that the campers participated in and then created a video to showcase what goes on at the camp. Last summer, Thompson had an internship with Intersport, a production company in Chicago. He was able to watch people edit and put together stories as well as be involved in idea creation for television and digital content. Working for a sports team, preferably college football, and do live directing and producing, is his career goal.

“I like the immediacy of live production,” Thompson said. “You get one shot, and there is no dwelling on the past."

Thompson advises incoming freshmento get involved early and be the person who takes the extra step.

“It’s really important to make connections with people because you never know where they might take you,” Thompson said. “Also, realize that you are in a completely different environment from wherever you went to high school, so take advantage of everything this school has to offer.”