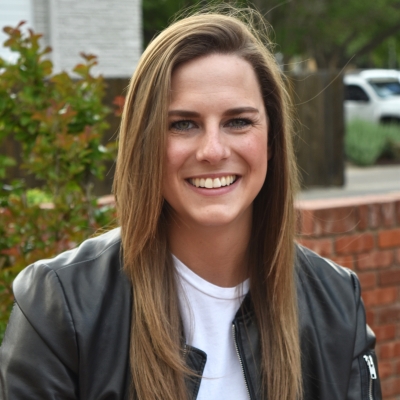 Degree: Strategic Communications with a minor in English

With her fearless attitude and creative mind, Kelsey Billings enjoys her time in the Paul Miller Building.

“I chose strategic communications because it best fit all of my interests,” Billings said.  “School of Media & Strategic Communications has a wide variety of career paths to choose from. It’s a versatile major.”

Billings has many interests but hopes to get a job in brand marketing where she can show off her creative side. Along with that, Billings is also interested in film production. Not only does Billings love being in front of the camera, but also she enjoys being behind the camera. When she was a sophomore, she had the opportunity to learn about film production in Los Angeles.

“I went to University of California Los Angeles’ Film & Television Summer Institute and worked on two student films,” Billings said. “I produced one of them, and I was the art director and production designer for the other one. It gave me hands-on experience with film sets, and I learned how to work with a crew.”

Billings is involved in AdClub, Public Relations Student Society of America and Greek life. Because of her love for brand marketing, Billings became a brand ambassador for Bud Light.

SMSC has a wide variety of classes for students to take. Some of Billings' past classes have encouraged her to try new things.

“I really enjoyed my management and strategies class,” Billings said. “I loved working on my crisis communication plan in that class because I got to help a company spot issues and fix them. Before I took my advanced PR writing class, I didn’t think I liked public relations. Since that class put me in many real-world situations, I now love public relations.”

Billings loves how different college classes are from high school. Her many projects and classwork have helped her gain critical skills that will benefit her professional career.

“Classwork in college is more hands-on than high school,” Billings said. “It’s not just being told how to do something; it’s actually doing it. In college, you explain everything through presentations, so it’s not showing knowledge through tests.”

Throughout her college career, Billings has blossomed personally and professionally. She has learned not to take things too seriously and not be afraid to take chances.

“Making mistakes isn’t bad because it’s how you learn,” Billings said. “You don’t have to do exactly what you’re told. You can make things your own. Just because you’re given this box to fit in doesn’t mean you have to fit in it.”