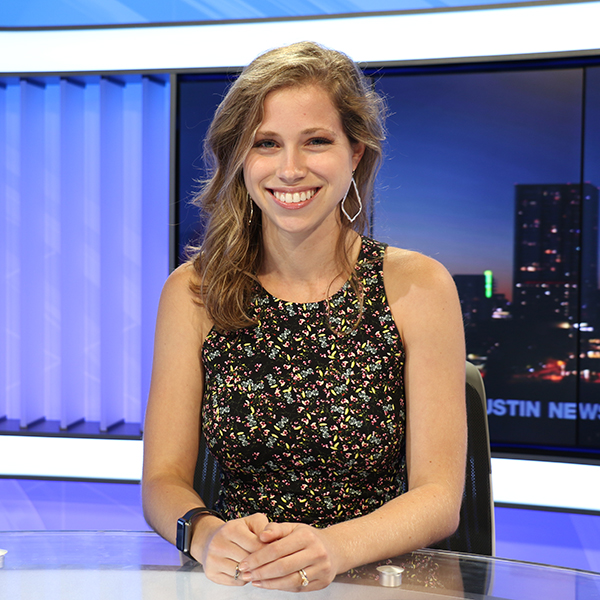 Chelsea Judge might not be in front of the camera, but that doesn’t make her any less of a star.

Although most college students have a tough time figuring out what they want to do with their lives, Judge-Hammons thought she knew exactly what she wanted to be: a reporter. Through a college experience filled with lifelong memories and self-discovery, she found her calling to be behind the camera, where her multimedia knowledge can shine.

Her revelation happened during an internship at KOCO-TV. After a few months of shadowing reporters, Judge-Hammons found the behind-the-scenes work held her creative work. It took one day for her to be convinced she would found her niche. Empowered, she used her networking prowess to land a job in Waco, Texas, at KXXV as creative services producer. More than 1 1/2 years later, Judge-Hammons decided to make the move to Austin, Texas, and has worked there since.

She has some advice for sophomore and junior students.

She stressed how the opportunities and tools students have at OSU have lasting benefits. Knowing the ins and outs of Associated Press style, for example, has helped her career and continues to grow in importance and relevancy for her. For older students, Judge-Hammons had additional advice.

“Enjoy your last year as much as you can,” she said. “Take what you can, and know you’ll figure it out along the way.”

To graduating seniors, she emphasized how the professional skills that they learned and developed in college would continue to grow and flourish going into their careers.