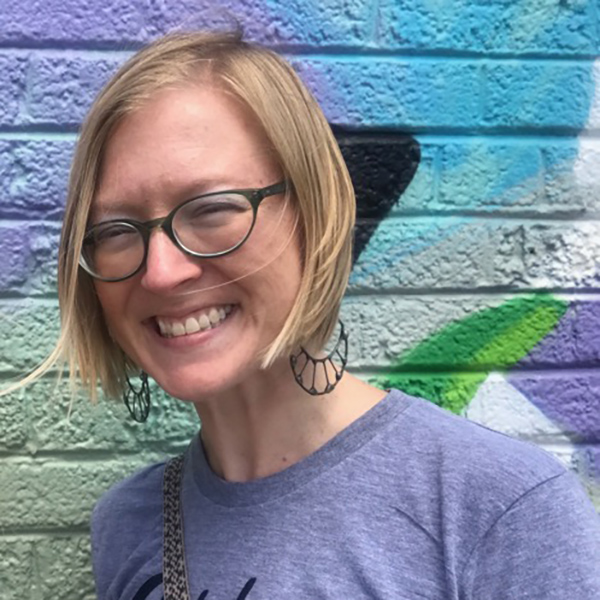 In a career path that started at 12, she wrote for several newspaper outlets throughout middle school, high school and college. While at OSU, she wrote for The Daily O’Collegian for four years and serving as the editor-in-chief for one year. Her time working for The O’Colly, playing football in the alley with editors Justin Juozapavicius and Ben Newby, reporting on 9/11 and receiving encouraging words from the late Jack Lancaster is what she remembers most about the Paul Miller Building.

After graduation, Marciszewski took an internship at the Indianapolis Star. After six months, she returned to Oklahoma City to continue her career. She wrote for many media outlets, most notably the Tulsa World. There she covered some of her most important stories.

Marciszewski returned to OSU in 2008 in Okmulgee to pursue a degree in graphic design.

After securing her second degree, she went on to work for an Oklahoma City publishing company where she was a book cover and layout designer, often gaining valuable experience working with authors and other various clients.

Marciszewski is the art director in charge of designing printed pieces for the university including programs, signs, fundraising materials and special events materials. She has developed branding for the school and even redesigned the alumni magazine. Most important, there is a place in the office for her first passion, writing. Marciszewski created a staff newsletter, Connecting the Stars, that features spotlight stories on employees in hopes it will help staff members become more familiar with one another. She enjoys the freedom and respect she is given at work as a designer and writer.

As a designer, Marciszewski has created award-winning material. As a writer, she has always been proud of the fairness she showed in reporting and sticking to the journalism code of ethics, which she carried in her wallet for years. She is a strong believer in the value of education and having a work-life balance.

To current students, Marciszewski says stay curious. To graduating seniors, she says go be great. To women in media, she says keep achieving.