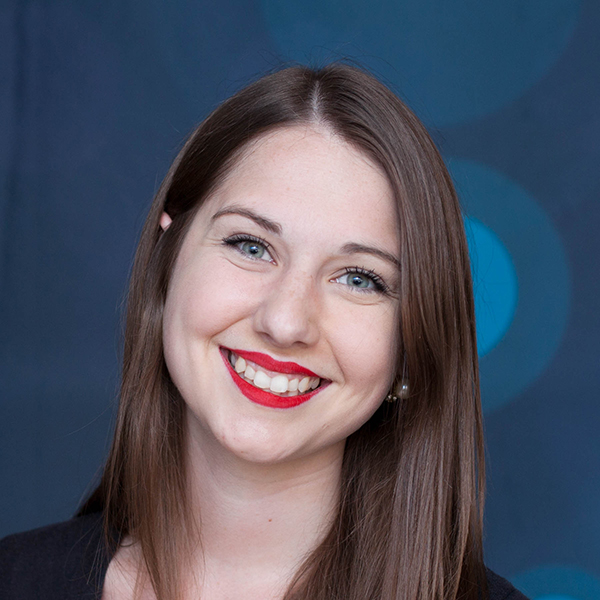 Alicia Lewis is not afraid of a challenge; in fact, she welcomes challenges with open arms.

After graduating from SMSC with an emphasis in advertising, Lewis moved to Dallas to work for The Richards Group as a media planner. This seemed like the perfect career move as advertising media and markets was her favorite class. She could easily be described as the Kantar queen. After a year and a half at The Richards Group, Lewisa was already wanting a change and new challenge, and she knew exactly what to do. She headed for Chicago.

Lewis worked in advertising her first two years in the Windy City. In this time, she grew her client experience substantially, working with clients ranging from a fried chicken company to amusement parks to insurance. After two years in advertising, Lewis found herself ready for a new challenge, and that is how she found herself in her current position at Pandora as an account strategist.

This position focuses heavily on proposals, and Lewis enjoys being more on the client side of advertising now. She has even won a company-wide “proposal deck” competition in her short time at Pandora. She also enjoys everyday victories like when she convinces a client to have an hour meeting with her because that is all she needs to convince the client to incorporate Pandora in their media plan.

“I get the opportunity to break barriers with clients, and it is such a good feeling when I can make that happen,” Lewis said.

Lewis remembers SMSC fondly, citing the National Student Advertising Competition as her favorite memory at SMSC. She keeps in touch with everyone that was on the team with her.

“The Paul Miller Building felt like home,” she said.

Lewis says the best thing an SMSC student can do is be a go-getter. She says not to take no for an answer.

“Chicago was a dream of mine,” she said. “It’s such a hard market to get into, but I wasn’t afraid of the challenge.”

Lewis will surely be seeking out her newest challenge soon while enjoying her big city with Midwestern charm.