Oklahoma State basketball made not have made the NCAA men’s championship game this year—but SMSC graduates did!

Kurtis Quillin was there covering the Baylor Bears as Sports Director for KCEN-TV in Waco, TX. Quillin, who started in news, anchors the weeknight sportscasts on Channel 6.

One other SMSC graduate, Pat Ball, had an important part to play in the televised March Madness experience this year.

While working as a video editor for CBS Sports in New York, Ball had the opportunity to create the video tribute played at the end of every NCAA Championship. Set to the song of “One Shining Moment,” the video montage paid tribute to the key moments and players in the 64-team tournament.

These are just a few of the outstanding OSU SMSC graduates making their mark every day in the sports media industry, whether working for teams or covering them as reporters. So if you’re serious about sports…be a part of Oklahoma State University’s Sports Media program! 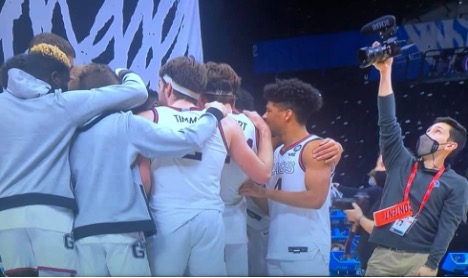